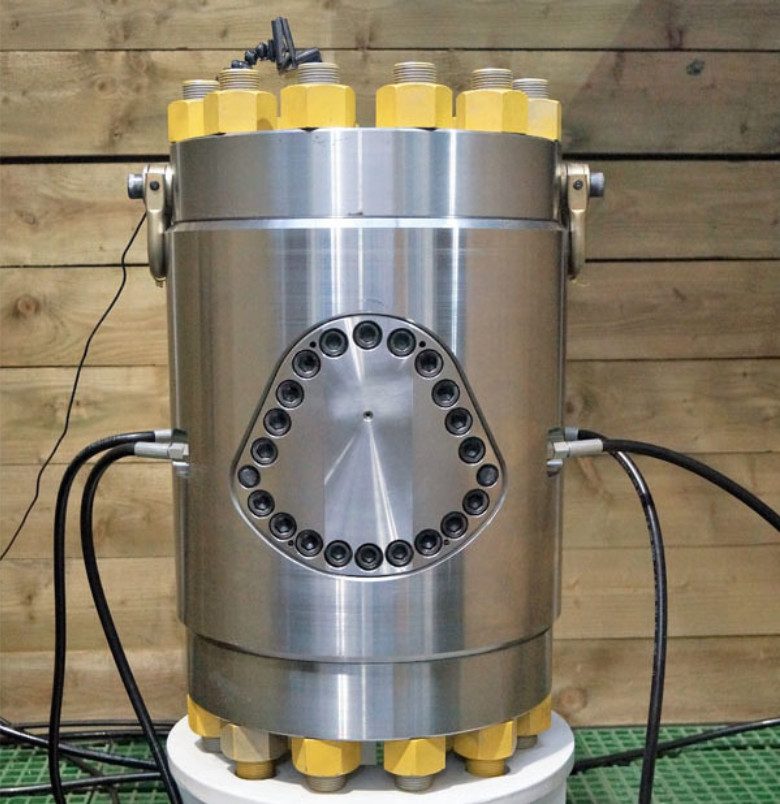 It is the only valve on the market that does not compromise its ability to seal with its shearing action and does not use any elastomer components for fluid containment.

Interventek is pleased to announce that its new in-riser Revolution Valve is now available for customer demonstrations at its Aberdeen facility.

The 15,000 psi rated 6-3/8” bore valve is designed to be used within a landing string system as a next generation shear and seal valve for well completion and well intervention operations.

This product uses Interventek’s ground-breaking new Revolution Valve technology, providing a step change in performance at a much-reduced cost due to a number of unique features.

It is the only valve on the market that does not compromise its ability to seal with its shearing action and does not use any elastomer components for fluid containment. This is the best line of defence in high pressure, high-temperature environments and when a fast and reliable seal is required.

It is easily scaled to meet all wellbore sizes, to cut all likely intervention media and its compact size with rotary actuators means it is ideally suited to the challenging confines of in-riser and slim line open water interventions.

The new Revolution Valve is anticipated to reduce the current cost of manufacture and ownership by a staggering 50% compared with conventional products. It can surpass endurance testing over many hundreds of cycles and is specifically aimed towards meeting the highly rigorous API 17G industry standards.

John Sangster, Interventek’s Technical Director said: “We have received a lot of interest in this unique valve and expect it will prove to be a very disruptive technology in the market given its dramatic shearing ability, combined with its post cut sealing performance.

“The valve is also extremely compact and robust compared with anything else on the market.

“The design allows us to use simple manufacturing techniques and avoid the use of exotic materials which means production is much less expensive and has shorter lead times.” 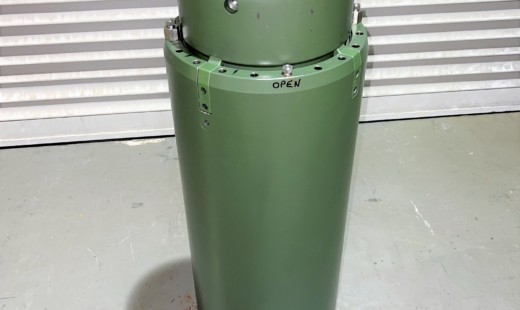 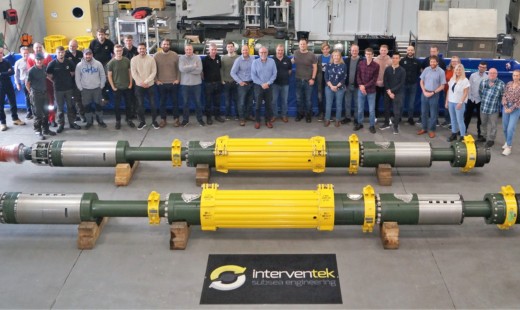 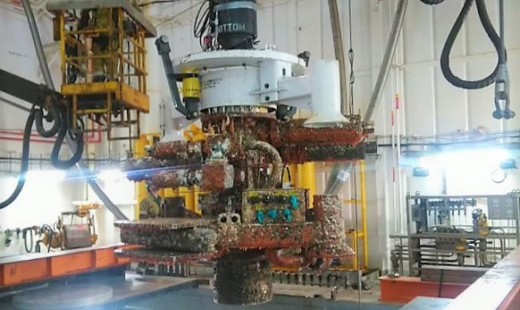 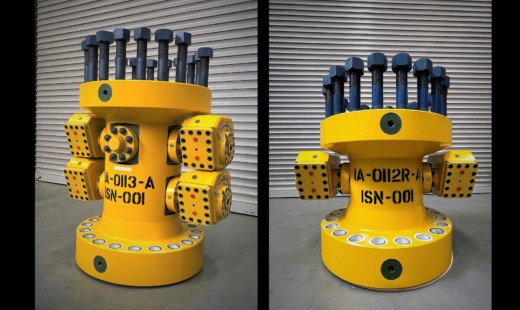 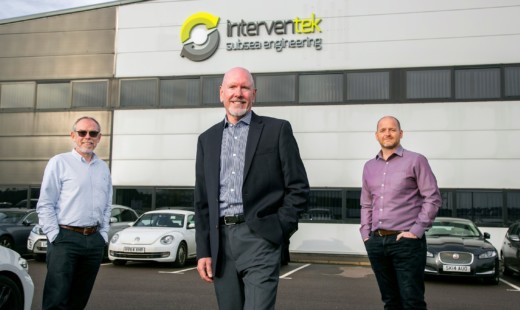